It’s that time again, when we look ahead to see what the most popular names of babies will be this year. Everyone does that, right? Here’s a round-up of Dr. Brown’s Baby Names of 2021.

Before we look at the 2022 popular name list, let’s take a quick look at what baby names 2021 brought us. Here are a few of the trending names we saw throughout the year, including some that didn’t quite top the list but remain up for grabs. 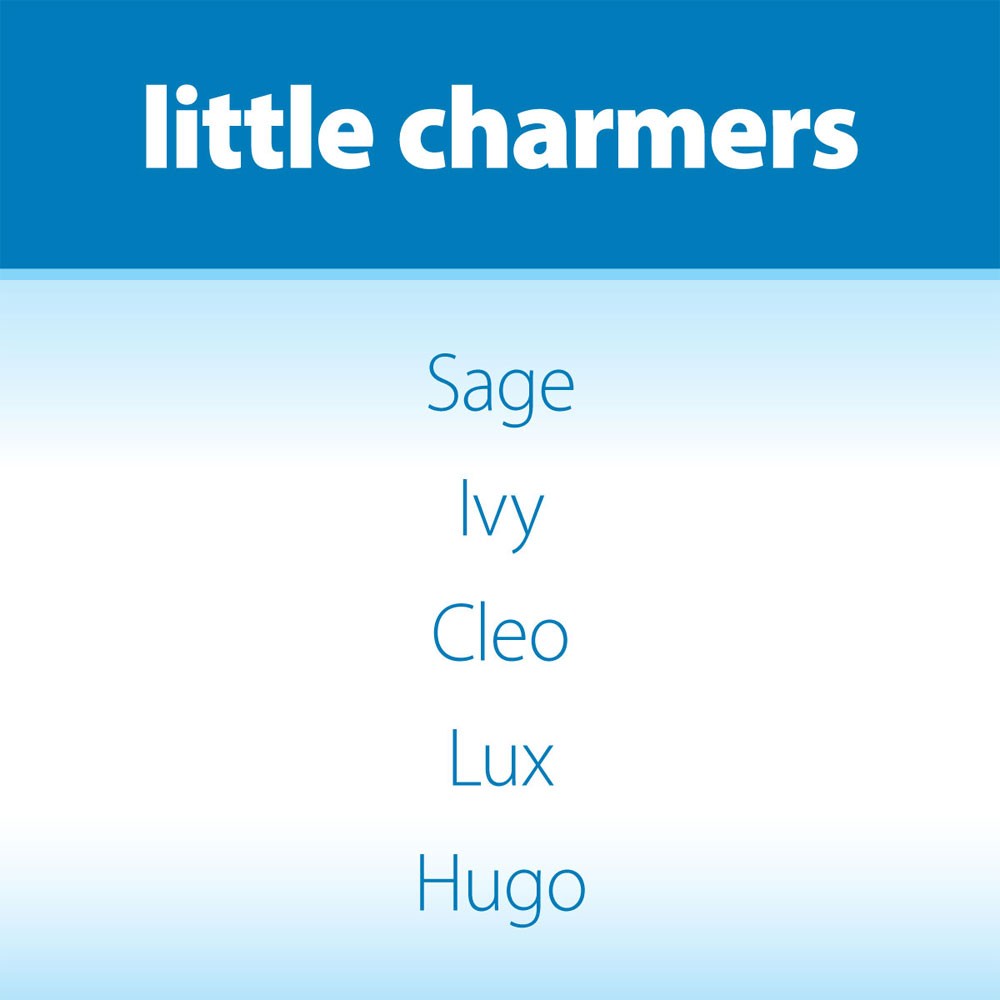 We have just passed the half-way mark into 2022. These names are short and sweet, sure to cause a few “awww” noises out of us. Let’s break down these shorter names that are trending in 2022…so far:

Sage: A unisex name that carries a long history. A simply beautiful name, originating from Ancient Greece, and holds the meaning of “wise one” or “prophet”.

Ivy: Like the beautiful green vines you see growing on an old building. Commonly a female name, with a Celtic and Greek origin. When naming girls after plants and flowers became popular in the UK in the late 1800s, it grew in popularity.

Cleo: This Greek name is primarily used for females, with the meaning “To Praise, Acclaim”. Although primarily female, during the 1920’s the name Cleo was commonly unisex. Also known for being the nickname for Cleopatra.

Lux: This name is charmingly clever and gender-neutral! It is of Latin linguistic origin and means “light” in English translation. This sweet and short name gives your child’s name a “light” feel.

Hugo: This name, which has German roots, is pronounced HHUW-Gow. The translation from German is “Bright in Mind and Spirit.” Despite being originally German, this masculine name has become increasingly common across a diverse range of languages over centuries. These time-tested names might have been given to babies long ago but they’re making a come-back for those who don’t forget their history.

Betty: When it peaked in the 1920s and 1930s, this endearing and sassy historical name was at its most popular. Making this name perfect for a comeback in 2021. This commonly female name is often used as nick name for Elizabeth.

Eloise: Originating from France, Eloise has a balanced sense of realism and fantasy, femininity and style. It was a popular choice for parents in 2021, and we believe it will continue to grow in popularity in 2022. Eloise is common in the French language, while Louise is common in the English language.

Otis: This adorable and tradition name became popular in the late 1880’s and has now made its comeback. Originating from Germany, this masculine name translates to “Wealth” in the English language. Because of this translation, the name Otis is often known as a high-society name of the past.

Theo: Theo, short for Theodore, has maintained its appeal over time. In the 1880s, this name with Germanic and Greek roots grew in popularity. Theo has been used by many renowned people throughout history; it will undoubtedly bring good fortune.

Jasper: Commonly a masculine name, Jasper, has been used for centuries across many cultures since the Middle Ages. When translated to English it means “Treasurer”. This historically well-liked name is certain to draw attention. Are you looking for a name that no one — or at least not many parents — has begun using? Check out these new age names made just for you.

Aurelia: Aurelia, whose name has such a gorgeous pronunciation, means “golden.” While Aurelius is the masculine form, Aurelia is the feminine. This whimsical name can have many nicknames, such as: Ari, Aura, and Ella.

Aero: A strong and unique name, Aero is derived from Greek language. It translates to “of the sky” or sometimes “air”. While more commonly a boy’s name, it’s also been known to be given to girls.

Beckett: Beckett is mostly a boy’s name and is of English and Irish origin. Its unusual meaning is “beehive.” This charming name first gained popularity in the 12th century and has been more popular over the past ten years.

Bodhi: This unusual name is suitable for both boys and girls! The English pronunciation is B-OW-D-iy and derives from India. This endearing name, which means “understanding of true nature,” has a historical association with Buddhism.

Greer: Primarily a gender-neutral name of the Scottish origin that translates to “watchful, guardian”. The Celtic-Gaelic name has been loved my many countries and cultures across the world – and so will you! Why reinvent the wheel when you can refresh an old favorite? These next names offer an updated twist on names we’ve known throughout the centuries.

Kia: This name has been a particularly popular choice for newborn boys and girls over time. originating from a variety of unconnected places, including Germany, Sweden, Japan, and Hawaii. You can translate the many meanings as ocean, shell, open, or recovery. Your child’s name is made even cuter with this modern twist.

Quinn: Quinn is a gender-neutral name with several translations that has Irish origins. Quinn gained popularity in the late 19th century and is currently seeing a comeback because to unusual alternative spellings like Quin, Qwin, and occasionally Qwen.

Xander: Alexander was the standard spelling prior to the adoption of Xander. But thanks to its contemporary return, it is once more a parent favorite. The name is Greek in origin and loosely translates as “defender of the people.” This sweet spelling makes for a sweet boy’s name!

Gemma: Jemma and Genna’s original spelling has a cute change. This name, which is primarily used for girls, has Italian roots and means “precious stone.”

Willem: A unique, lovely take on the traditional name William, that won’t come across as stuffy. Even though the spelling William was widely used in Old English, Willem has an edgier touch to a classic name. This name is primarily used for males and has been growing in popularity since 1880.

Picking the name for your baby is a very personal and difficult decision. It will follow them for the rest of their lives and help define who they are—so, no pressure! Which name from Dr. Brown’s 2022 Baby Name List is your favorite? Share now!