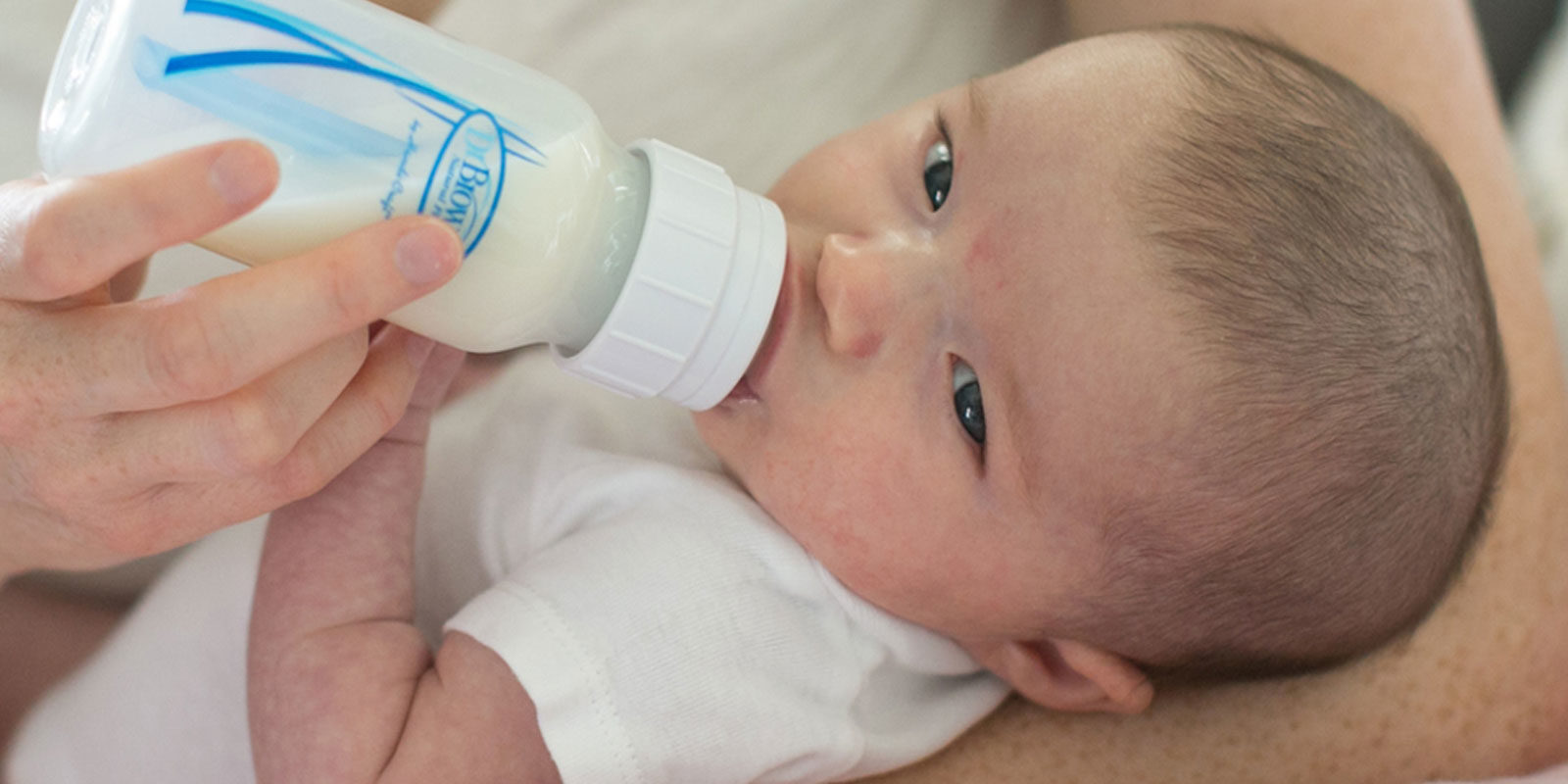 Just about every baby has been known to regift you the contents of their lunch at some point in their early days. Whether you’re breastfeeding or bottle feeding, spit-up AKA “acid reflux” is a common side-effect of having a digestive system that’s not fully online. Despite this, there are outside influences on your baby’s insides that can be contributing to spit-up – and depending on the severity, there may be something else at play.

Let’s dive into the digestive world of acid reflux in babies, what you can do to help, and when it’s time to talk to the doctor.

What is Acid Reflux in Babies?

Our bundles of joy arrive in this world before they’re fully developed, especially the more complex systems such as digestion. The way a typical tummy works is like this: Food travels down your esophagus and into your stomach. In between the end of the esophagus and the beginning of your belly is a little ring of a muscle that works like a lid, called the esophageal sphincter. It opens to let food pass and closes to keep it in the stomach.

For babies, that muscle is still figuring things out, so it doesn’t always do its job. Which means milk goes back out of the belly, up the pipe, out of baby’s mouth and all over your freshly dry-cleaned shirt.

Quick Facts about Spit-Up, AKA Acid Reflux, AKA Infant Reflux

Because it’s so common, reflux is nothing to worry about, health-wise, and it doesn’t usually cause pain. And going to the doctor for it may not be necessary. In fact, Dr. Dyan Hes, Medical Director of Gramercy Pediatrics in NYC says, “In the last year, physicians have transitioned away from prescribing reflux medications for infants, since studies have now shown that the medicines can interfere with the absorption of iron and calcium. They may also alter the bacterial flora of the gut, which can lead to infections.” There are non-medicinal things you can do, though, to help your baby with reflux as their tiny tummies continue to develop.

How to Soothe Acid Reflux in Babies

Did anyone ever tell you not to lay on your right side when you have heartburn? That’s because adult stomachs are shaped sort of like a crescent roll where the left side goes slightly above your esophagus. Because of this, it effectively acts as a little cubby hole for acid to nest, helping prevent it from getting up into the esophagus, giving you heartburn.

Babies don’t have the same luxury, as they’re more often than not laying on their backs and consuming an all-liquid diet. Until baby ages into sitting up and eating solids, though, there are a few things you can do to help reduce spit-up:

Typical reflux is medically known as GER – an acronym for gastroesophageal reflux (talk about a mouthful!). But there comes a point when it’s more than just simple spit-up.

Known as GERD, for gastroesophageal reflux disease, it’s a more serious and longer-lasting type of reflux. Though GERD is much, much rarer than GER, just being aware of the symptoms ensures baby is happy and healthy.

If you notice these symptoms in baby, it’s time to see your pediatrician:

Despite the potential side effects of reflux medications, Dr. Hes stresses, “If your baby is not thriving, you should discuss the use of medicines with the physician because the benefits may outweigh the risks.”

Not all of these symptoms are just associated with GERD, so it’s important to talk to your pediatrician about what your little one might be dealing with.

Acid reflux in baby is no fun for either your baby or you. But despite your dry-cleaning bill, you can rest assured knowing there’s absolutely nothing wrong with a few wet burps each day. To get the bottle that helps baby keep more food in their belly, shop Dr. Brown’s online store to find an option that works best for your little one!